The work on digitization of the scientific library is coming to its completion. Very soon, the electronic library will be available at www.PhysChemBio.ru

And one more about dates. Last year 2019, UNESCO proclaimed the year of the Periodic table of chemical elements. For any chemist, scientist, and any citizen of our country, it is essential that among the people who have changed the world and created modern science, many of our compatriots. The names of many of them are not known to the general public, but Dmitry Mendeleev is known to almost any person in the whole world. Of course, thanks to his Periodic Table.

Few people know that in the year of death of the great Russian chemist, in memory of his contribution to science, the Russian Physical and Chemical Society (RFHO) initiative was decided to hold the Mendeleev Congresses. The first Congress was held in 1907. They differ from other similar events not only in scale but also in the fact that they are dedicated not to separate areas of science but to all areas of chemistry, chemical technology, industry, as well as related branches of science and production.

Last anniversary year, XXnd Mendeleev Congress has been held. It was held in St. Petersburg and became one of the largest in history. We sincerely hope that very soon the world will be open again, and we will meet both at the Mendeleev Congresses and many other scientific congresses, without which it is impossible to exchange scientific ideas. 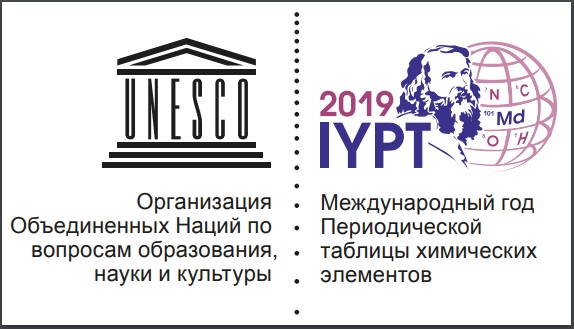 Today we are going to continue the story about the Academician Alexander Naumovich Frumkin. Indeed, such a biography is very worthy of attention.

During the Civil War and until 1946, he worked at the Karpov Institute of Physical Chemistry in Moscow. The well-known electrochemist was invited by his director, Professor Alexei Nikolaevich Bach. After a few years, Frumkin became one of the leading theorists in the field of surface electrochemistry. And in the years when industrialization was in full swing and engineers and scientists from the West were coming to the young Soviet state, Alexander Naumovich already had such a high authority in his field of knowledge that he was invited to lecture on colloid chemistry at the University of Wisconsin in Madison, where he worked from 1928 to 1929. Unfortunately, soon the scientific exchange of the Soviet Union with other scientific powers was almost stopped.

During the 1930s, Alexander Naumovich published several fundamental works of modern electrochemistry, including identifying the Burnstead coefficient with the electrochemical transfer coefficient (1932), which became a link between homogeneous catalysis and electrochemical kinetics. In 1933 he performed a qualitative analysis of the salt effect on the electrode (Frumkin effect), which linked surface chemistry with electrode reactions and became one of the scientist's most cited works.

All library articles are to be indexed in the RINC. And in this connection, let us turn back to the role of academic journals and explain their main indexes.

And here, first of all, we should talk about the Russian Scientific Citation Index (RSCI). The RSCI is a nationwide scientific citation database that accumulates more than 12 million publications of Russian authors and information on citations of these publications from more than 6000 Russian journals. The citation is the most important index for a peer-reviewed academic journal. Simply put, the more sources an article from a journal is quoted by other scientists in their work, the more important and meaningful is the information from the original article.

The RSCI accumulates information about all significant peer-reviewed journals and is a powerful analytical tool to assess the effectiveness and efficiency of research organizations, scientists, and journal rankings. It is clear that, like any formal system, this one also has flaws. However, it is the only way for scientists to level out these flaws.

The Journal publishes reports on original and unpublished researches in chemistry, physiology, and biology. The authors are members of the Russian Academy of Sciences and other academies and prominent scientists from foreign countries. Besides, researchers from educational institutions, universities, and research institutes of the country participate in the Journal's work.

The Journal's archive contains publications by members of the Russian Academy of Sciences and members of other academies and prominent scientists from foreign countries. Researchers of educational institutions, universities, and research institutes of the country participate in the publication.

The Journal of Petroleum Chemistry is published by the Russian Academy of Sciences jointly with co-founder A.V.Topchiev Institute of Petrochemical Synthesis, RAS (TIPS RAS).

The Journal's first issue Journal was published in February 1961, a landmark year for Soviet science and industry. A few months later, Gagarin made his flight, and the rapid development of science and technology began, which, in turn, required the creation of new technologies and materials.

The creation of the Journal, an organ of the Department of Chemical Sciences of the Academy of Sciences of the USSR, was aimed at uniting the efforts of researchers working in the field of petrochemistry to facilitate the coordination of research work carried out in this field and, ultimately, to promote the further development of petrochemical science and industry.

The origin of the Journal was the outstanding scientist and petrochemist, Academician Alexander Vasilyevich Topchiev. He understood the critical importance of petrochemistry for practical application in a wide range of industries and anticipated the importance of science to strengthen its economic potential.

The Journal considers all the issues of this vast science: methods of oil processing, including the composition of oils, natural gas and gas condensates; catalysts of petrochemical processes, activation and catalytic conversion of hydrocarbons and other components of oil, gas and other organic liquids; new oil products, including lubricants and additives. Much attention is paid to environmental protection issues.

Today we tell more about another academic journal in the archive. "Protection of Metals and Physical Chemistry of Surfaces"

In 2008, the Journal significantly expanded its coverage. This is primarily due to new materials' appearance, aspects of whose behavior in various aggressive environments are very relevant. The Journal covers all aspects of research in theoretical and applied physical surface chemistry, management of materials properties, control and protection against corrosion, destruction, and degradation under environmental impact.

"Protection of Metals and Physical Chemistry of Surfaces" is an academic journal recommended by the Higher Attestation Commission to publish results of dissertations for Candidate and Doctor of Science degrees.

"Journal of Physical Chemistry" is another journal published by the Institute of physical chemistry and electrochemistry of the Russian Academy of Sciences. It can be considered one of the earliest scientific journals - it has its history since 1930. It is even hard to imagine that the Soviet science was forged literally on the ashes of the Civil War.

Physical chemistry is much older than electrochemistry: it began in the middle of the XVII century. And the term "physical chemistry" belongs to Mikhail Lomonosov, who in 1752 first read to students of St. Petersburg University "Course of the genuine physical chemistry."